We are not meeting for Bible Fellowship Classes but you are welcomed to join us for Worship Services at 9:00 or 11:00. (Children's Church will not meet either Service.)
We ENCOURAGE you to maintain SOCIAL DISTANCING and wear a mask if you desire. Your safety and the safety of others is of upmost concern to us.
You are welcomed to Worship from home by LIVE-STREAM on our Facebook page: Lakewood Baptist Church of Phenix City.
God bless and please stay safe! 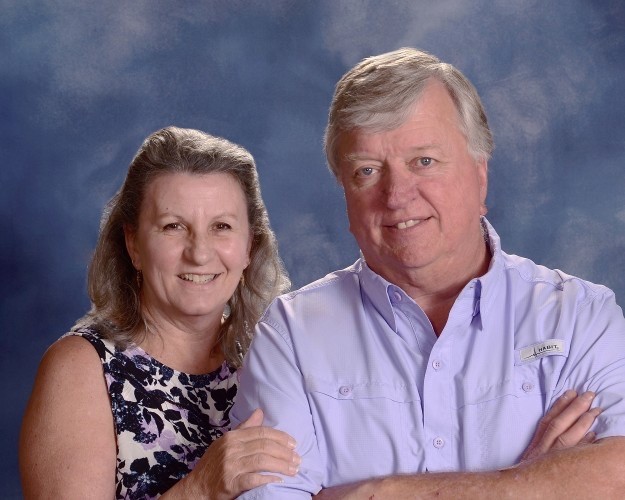 Charles Keown is in his 38th year at Lakewood Baptist where he has served as Minister of Music and Youth, as Music only and presently, as Minister of Music and Sr. Adults. He was raised as a preacher’s kid whose dad, Dr. Wallace Keown, pastored several churches in Alabama for over 40 years. His dad passed away in 1994. His mother lives in Dothan and at the age of 91 and attends Pathway Baptist Church. His older brother, Tommy retired in Gulfport, MS after serving Lifeway in Nashville . He has one sister, Sherrill Holloman, who served as a journeyman missionary to Korea and 2 years on the mission field in Africa.
As a preacher’s kid, Charles was very aware of the Gospel and one Saturday evening, at the age of nine, his dad led him to Christ. As early as the seventh grade Charles felt the call of God to the Gospel ministry and was licensed by Northside Baptist Church in 1975. As a junior in high school Charles served Northside Baptist as Interim Music Director for 3 months and afterward accepted a position as Minister of Music at Pleasant Hill Baptist in the Selma AL Association.

Upon graduating from Selma High School, Charles enrolled at Mobile College where he majored in religion and minored in English, Speech and Music. While in Mobile College, Charles served Franklin Creek Baptist Church, MS as Minister of Music and Youth for 4 years. Between college and seminary he had the opportunity to take a full-time interim music position at First Baptist Church of Headland, AL., giving him some idea of what was needed to be a minister of music. Charles then entered Southern Seminary at Louisville, KY. While in seminary he worked as a painter for the school and served River View Baptist Church in Mt. Washington, KY, as Minister of Music and Youth.

Upon graduation from Seminary in 1982 until present, Charles has been serving Lakewood Baptist Church in Phenix City, AL. On New Year’s Day 1987, he married Linda Scarborough, a graduate of Baptist Bible Institute, now The Baptist College of FL, and a Minister of Music herself. They have been married 32 years and have four children. Joy Lin, 31, is a professional cellist who lives in Baton Rouge, LA and is married to Grant Bedillion, a professional violist. Jon Mark, 29, finished Columbia International University, plays guitar and viola, and is married to the former Kasey Barrow. They have 2 beautiful daughters named Ava Wren, born in April '16, and Eden Janie born Jan '19.  Jon works for a downtown Columbus restaurant. Jes David, 28, is a graduate of Columbus State University, enjoys all sports and plays violin. He is now serving in the United States Coast Guard. He wed Elizabeth Hamilton, our Pastor's daughter in July of 2017 and they have a beautiful baby girl, Raelynn born in Oct '18. J.D., 19, graduated from Calvary Christian in Columbus May 2018 and enlisted in the United States Coast Guard in June of 2018. He plays piano and bagpipes. The older three played in Lakewood's orchestra since it’s inception in 1997.

Charles plays trombone in the church orchestra, enjoys the string trio when they are all together, has a side business painting on weekends (reminiscent of those seminary days), and for recreation, plays golf. God is good!